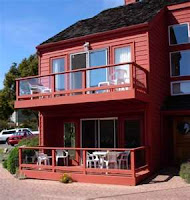 Income that you receive for the rental of your vacation home must generally be reported on your federal income tax return.
However, if you rent the property for only a short time each year, you may not be required to report the rental income.
The IRS offers these tips on reporting rental income from a vacation home such as a house, apartment, condominium, mobile home or boat:

•Rental Income and Expenses  Rental income, as well as certain rental expenses that can be deducted, are normally reported on Schedule E, Supplemental Income and Loss.
•Limitation on Vacation Home Rentals  When you use a vacation home as your residence and also rent it to others, you must divide the expenses between rental use and personal use, and you may not deduct the rental portion of the expenses in excess of the rental income.

You are considered to use the property as a residence if your personal use is more than 14 days, or more than 10% of the total days it is rented to others if that figure is greater. For example, if you live in your vacation home for 17 days and rent it 160 days during the year, the property is considered used as a residence and your deductible rental expenses would be limited to the amount of rental income.
•Special Rule for Limited Rental Use  If you use a vacation home as a residence and rent it for fewer than 15 days per year, you do not have to report any of the rental income. Schedule A, Itemized Deductions, may be used to report regularly deductible personal expenses, such as qualified mortgage interest, property taxes, and casualty losses.
IRS Publication 527, Residential Rental Property (Including Rental of Vacation Homes), is available at IRS.gov or by calling 800-TAX-FORM (800-829-3676). The booklet offers more information about rental property, including special rules about personal use and how to report rental income and expenses.
Posted by Ron Greene, EA at 12:18 PM No comments: 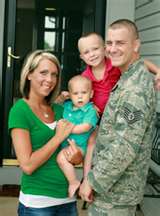 Military personnel and their families face unique life challenges with their duties, expenses and transitions. The IRS wants active members of the U.S. Armed Forces to be aware of all the special tax benefits that are available to them.
Here are 10 of those special tax benefits:
1. Moving Expenses If you are a member of the Armed Forces on active duty and you move because of a permanent change of station, you may be able to deduct some of your unreimbursed moving expenses.
2. Combat Pay If you serve in a combat zone as an enlisted person or as a warrant officer for any part of a month, all your military pay received for military service during that month is not taxable. For officers, the monthly exclusion is capped at the highest enlisted pay, plus any hostile fire or imminent danger pay received. You can also elect to include your nontaxable combat pay in your "earned income" for purposes of claiming the Earned Income Tax Credit.
3. Extension of Deadlines The deadline for filing tax returns, paying taxes, filing claims for refund, and taking other actions with the IRS is automatically extended for qualifying members of the military.
4. Uniform Cost and Upkeep If military regulations prohibit you from wearing certain uniforms when off duty, you can deduct the cost and upkeep of those uniforms, but you must reduce your expenses by any allowance or reimbursement you receive.
5. Joint Returns Generally, joint income tax returns must be signed by both spouses. However, when one spouse is unavailable due to military duty, a power of attorney may be used to file a joint return.
6. Travel to Reserve Duty If you are a member of the US Armed Forces Reserves, you can deduct unreimbursed travel expenses for traveling more than 100 miles away from home to perform your reserve duties.
7. ROTC Students Subsistence allowances paid to ROTC students participating in advanced training are not taxable. However, active duty pay – such as pay received during summer advanced camp – is taxable.
8. Transitioning Back to Civilian Life You may be able to deduct some costs you incur while looking for a new job. Expenses may include travel, resume preparation fees, and outplacement agency fees. Moving expenses may be deductible if your move is closely related to the start of work at a new job location, and you meet certain tests.
9. Tax Help Most military installations offer free tax filing and preparation assistance during and/or after the tax filing season.
10. Tax Information IRS Publication 3, Armed Forces’ Tax Guide, is an excellent resource as it summarizes many important military-related tax topics. Publication 3 can be downloaded from IRS.gov or may be ordered by calling 1-800-TAX-FORM (800-829-3676).
Posted by Ron Greene, EA at 9:51 AM No comments: 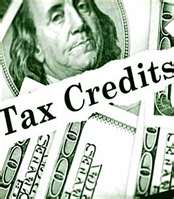 During the summer many parents may be planning the time between school years for their children while they work or look for work. The IRS wants to remind taxpayers that are considering their summer agenda to keep in mind a tax credit that can help them offset some day camp expenses.
The Child and Dependent Care Tax Credit is available for expenses incurred during the summer and throughout the rest of the year. Here are six facts the IRS wants taxpayers to know about the credit:

1. Children must be under age 13 in order to qualify.
2. Taxpayers may qualify for the credit, whether the childcare provider is a sitter at home or a daycare facility outside the home.
3. You may use up to $3,000 of the unreimbursed expenses paid in a year for one qualifying individual or $6,000 for two or more qualifying individuals to figure the credit.
4. The credit can be up to 35 percent of qualifying expenses, depending on income.
5. Expenses for overnight camps or summer school/tutoring do not qualify.
6. Save receipts and paperwork as a reminder when filing your 2012 tax return. Remember to note the Employee Identification Number (EIN) of the camp as well as its location and the dates attended.
For more information check out IRS Publication 503, Child and Dependent Care Expenses. This publication is available at IRS.gov or by calling 800-TAX-FORM (800-829-3676).
Posted by Ron Greene, EA at 10:33 PM No comments: 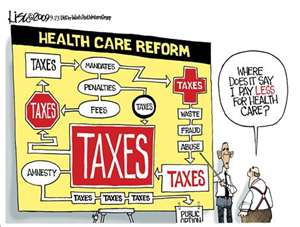