Your next worry after the Equifax breach: Fake tax returns

Let's say you're a lover of bonsai plants -- you're good at growing and grooming them and sometimes you sell them, but not always for a profit. You started off thinking of this pursuit as a hobby, but maybe you're thinking of it more now as a business. And as with any business, you should be eligible to claim any losses as a tax deduction against your other income. Right?
Well, maybe.
The IRS can disallow this deduction if it believes the "business" you're engaging in is really a not-for-profit activity. That is, if the taxman sees what you're doing still as a hobby.
The distinction between a legitimate business, which has an expectation for generating a profit, and a hobby can be significant. Let's say you start your own business and your income from it was approximately $1,000, and your expenses were $10,000.
If the IRS agrees it's a business, you would be able to claim a loss of $9,000 against the other income on your tax return. For example, when filing jointly, your spouse may have income from her job, and you could deduct the $9,000 loss from that income. But if the IRS sees it as a hobby, your deduction for your expenses would be limited to the amount of gross income from the activity. Any excess expenses wouldn't be deductible.

What allows a taxpayer to categorize revenue-producing activity as a business? The IRS has two standards when making this determination.
First is the presumption that a trade, business or revenue-producing activity has a profit motive and is not a hobby when certain criteria are met. An activity is presumed to not be a hobby when the gross income from the activity exceeds its deductions for three out of five consecutive tax years. (This standard is two out of seven years when the activity involves breeding, training and showing of racing horses.)
This standard is straightforward, and when met, the burden is on the IRS to prove the activity is actually just a hobby. Also, taxpayers should make sure to file a Form 5213 before the end of the fourth taxable year (or sixth taxable year in the case of horse racing) to notify the IRS of their intent to claim the presumptive determination.
But what if the business failed to generate enough gross income to exceed its deductions during a five-year period? After all, many businesses fall into this category.
Treasury regulations say a reasonable expectation of profit isn't required, and consideration can be given to objective factors to conclude that an activity is engaged in for profit and isn't a hobby. These regulations include nine factors that can result in the IRS determining that an activity isn't a hobby. 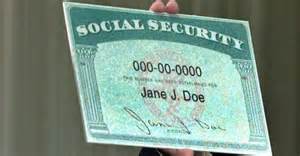 Keep your Social Security card in a safe place and take steps to protect your identity.
Posted by Ron Greene, EA at 9:49 AM 1 comment: