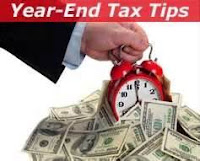 There are basic year-end tax planning techniques that can be utilized to successfully manage income taxes. Year-end tax planning techniques include:
All of these strategies have one factor in common: the timing of income and expenses. Accelerating means earning additional income or incurring additional tax-deductible expenses in 2012 rather than in 2013. Deferring means pushing additional income or additional deductions to 2013 rather than 2012. To the extent that income and expenses can be moved from one year to the next, these tactics can be utilized to optimize a person's tax liabilities between the years 2012 and 2013. Year-end planning is about finding the right year in which to earn additional income or to spend money on more tax deductions. For the most part, income earned in 2012 is taxed in 2012, and deductions incurred in 2012 are deductible in 2012. Finding the right year in which to incur additional income or deductions is made especially prominent in 2012 due to the large number of expiring tax provisions. Changes in store include higher tax rates and significantly altered parameters for many popular deductions and credits.
Normally, people would prefer to defer income and accelerate deductions. A year-end bonus or selling off investments can often be pushed out to the following year. If tax rates are the same in both years, the person has gained the advantage of time. If a person's overall tax rate will be lower in the following year, deferring income has the additional benefit of pushing the additional income into a year with a lower overall rate, thereby reducing tax. The same holds true for deductions, but in reverse. If a person's overall tax rate is the same in both years, accelerating deductions achieves tax savings this year rather than waiting for those tax savings to materialize next year. If a person's overall tax rate is higher in 2012 than it will be in 2013, accelerating deductions produces the additional benefit of yielding potentially larger tax savings this year rather than next year.
But what if a person's tax rate will be higher in 2013 than in 2012? Under current tax law, all the tax rates will change for 2013. Also, the two percentage point reduction in the Social Security tax is also scheduled to end. And for higher-income individuals, a new Medicare surtax will apply to wages, self-employment income and investment income. On the other hand, there are two legislative proposals in Congress to keep the tax rates the same or increase only the top two tax brackets. But so far those bills have not passed into law. Accordingly, people may want to plan out their 2012 and 2013 taxes with an eye towards the presumably higher tax rates that might go into effect in 2013. And this means that usual traditional tax planning techniques highlighted above may need to be reversed. When tax rates go up between two years, accelerating income has the benefit of locking in a lower tax rate now instead of a higher tax rate in 2013. By the same token, deferring tax deductions has the benefit of yielding potentially larger tax savings next year where the deductions can offset income taxed at higher rates, thereby squeezing extra tax dollars out of a deductible expense.

A deferral strategy shifts income to a following year if tax rates in that subsequent year will be lower overall than in the current year. Common income deferral strategies include:

Accelerating deductions functions just like deferring income: the tactic attempts to reduce taxes in the current year at a higher tax rate if the overall tax rate is expected to be lower in a subsequent year. Deductions can be accelerated by:

Deferring deductions attempts to delay making tax-deductible expenses until a subsequent year when tax rates are higher, and thus the deductions can produce more tax savings. For example:

People who are or might be impacted by the alternative minimum tax have additional considerations to think about. The AMT eliminates or reduces the federal tax savings for medical expenses, state and local taxes, property taxes, and miscellaneous itemized deductions. The suggestion here is to pay those expenses when they are due instead of trying to accelerate or defer them. For example, instead of prepaying the next installment of your property tax, wait until the actual due date to pay that since property tax is an adjustment for the AMT calculations. Similarly, anyone impacted by the AMT should sell any incentive stock options that they exercised during the 2012 calendar year since the value of an exercised but unsold ISO is added to your income for calculating the AMT. When planning for the AMT, taxpayers should be aware that the AMT could pose a bigger problem in 2012 than in 2011, as the exemption amounts for 2012 are expected to be dramatically lower in 2012, which will in turn create larger alternative minimum tax liabilities.
Posted by Ron Greene, EA at 12:50 PM No comments:

IRS Offers Tax Tips for “The Season of Giving” 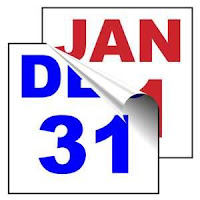 December is traditionally a month for giving generously to charities, friends and family. But it’s also a time that can have a major impact on the tax return you’ll file in the New Year. Here are some “Season of Giving” tips from the IRS covering everything from charity donations to refund planning: