Going to college can be a stressful time for students and parents. The IRS offers these tips about education tax benefits that can help offset some college costs and maybe relieve some of that stress.
• American Opportunity Tax Credit.  This credit can be up to $2,500 per eligible student. The AOTC is available for the first four years of post secondary education. Forty percent of the credit is refundable. That means that you may be able to receive up to $1,000 of the credit as a refund, even if you don’t owe any taxes. Qualified expenses include tuition and fees, course related books, supplies and equipment. A recent law extended the AOTC through the end of Dec. 2017.
• Lifetime Learning Credit.   With the LLC, you may be able to claim up to $2,000 for qualified education expenses on your federal tax return. There is no limit on the number of years you can claim this credit for an eligible student.
You can claim only one type of education credit per student on your federal tax return each year. If you pay college expenses for more than one student in the same year, you can claim credits on a per-student, per-year basis. For example, you can claim the AOTC for one student and the LLC for the other student.
You can use the IRS’s Interactive Tax Assistant tool to help determine if you’re eligible for these credits. The tool is available at IRS.gov.
• Student loan interest deduction.  Other than home mortgage interest, you generally can’t deduct the interest you pay. However, you may be able to deduct interest you pay on a qualified student loan. The deduction can reduce your taxable income by up to $2,500. You don’t need to itemize deductions to claim it.
These education benefits are subject to income limitations and may be reduced or eliminated depending on your income. As with all deductions and credits, you need proof of payment. Save your receipts and payment information. If you have questions please call us at 865-984-6329
Posted by Ron Greene, EA at 9:59 AM No comments:

Tips for Taxpayers Who Travel for Charity Work 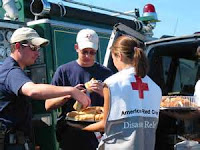 Do you plan to travel while doing charity work this summer? Some travel expenses may help lower your taxes if you itemize deductions when you file next year. Here are five tax tips the IRS wants you to know about travel while serving a charity.

1. You must volunteer to work for a qualified organization. Ask the charity about its tax-exempt status. You can also visit IRS.gov and use the Select Check tool to see if the group is qualified.
2. You may be able to deduct unreimbursed travel expenses you pay while serving as a volunteer. You can’t deduct the value of your time or services.
3. The deduction qualifies only if there is no significant element of personal pleasure, recreation or vacation in the travel. However, the deduction will qualify even if you enjoy the trip.
4. You can deduct your travel expenses if your work is real and substantial throughout the trip. You can’t deduct expenses if you only have nominal duties or do not have any duties for significant parts of the trip.
5. Deductible travel expenses may include:

Do I Have to Pay Taxes on a Foreclosed Home? 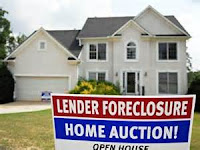 Losing one’s home to foreclosure is never easy. One of our readers, “Kate,” wants to know whether she will still be on the hook for her property tax bill if it gets to that point. She writes:
If one “walks away” from their home mortgage, home goes to foreclosure, but still owed a current property tax due on that home, does the bank pay the tax lien (bill) when the house sells again? Or can the local county come after the old owner ?
Whether or not you will be responsible for the property taxes owed depends in part on where you live. In Florida, for example, “The liability follows the property, not the owner,” says Jo Ann Koontz, an attorney and CPA with Koontz and Associates. When the lender forecloses, the “property tax is paid by the lender in the foreclosure sale. They can’t wait until the bank sells to the next buyer; it has to be paid at the auction,” she explains.
But in other states, that may not be the case, warns Eugene Melchionne, a Connecticut bankruptcy attorney. He elaborates:
Some states do not require an auction as part of a foreclosure. Connecticut and Vermont are examples of this. When the foreclosure completes, the bank may become the owner of the property, but there is no absolute requirement that the taxes which attach to the property be paid at that time. As a result, some municipalities are suffering from declines in tax collection as the lenders fail to pay the taxes timely.
While the personal liability for the future taxes is cut off with the completion of the foreclosure, personal liability for the past taxes remains unless there is a bankruptcy discharge. Therefore, some municipalities can issue a tax warrant for collection against former owners (because they are local and thus easily reached) to collect the old taxes while letting the current taxes accrue.  Since the time to collect property taxes can be quite extended (15 years in Connecticut) unless there is an absolute need for cash, a municipality may elect to sit on the taxes for a while. In Connecticut, taxes bear interest at the rate of 18% annually so it can be considered quite the investment. You might call this ‘Zombie Tax Debt’ as opposed to debt coming from a Zombie Deed.
In addition, it’s important for homeowners to understand that when they walk away from their homes, lenders sometime leave those properties in limbo and fail to actually foreclose. During that time, the homeowner remains the owner of record and remains responsible for certain expenses. For example, “Homeowner association dues continue to be the liability of the property owner if the foreclosure doesn’t happen or is substantially delayed,” Koontz points out.
There’s more to consider. Even though the homeowner may not be living in the property anymore, it’s important to make sure that liability insurance is still in place in case of an accident on the property. And not to be alarmist, but in some jurisdictions of the country, the owner may be criminally liable for failing to maintain a home to code!
Other risks of walking away include the fact that the lender may be able to try to collect a deficiency for several years, depending on state law and whether the loan was a recourse or non-recourse loan. Plus, there could be a hefty tax bill for cancelled debt for those who don’t qualify for an exclusion such as the one offered under the Mortgage Forgiveness Debt Relief Act.
In other words, it’s not as simple as just saying, “Take the house, I don’t want it anymore.”
That’s why I always advise someone who is unable to keep up with their house payments to get professional advice from a real estate and/or bankruptcy attorney, and to talk with a tax professional as well. I know it may feel like throwing good money after bad, but failing to get expert advice could literally cost you tens of thousands of dollars down the road.

If you’re a member of the U.S. Armed Forces, the IRS wants you to know about the many tax benefits that may apply to you. Special tax rules apply to military members on active duty, including those serving in combat zones. These rules can help lower your federal taxes and make it easier to file your tax return.
Here are ten of those benefits:
1. Deadline Extensions.  Qualifying military members, including those who serve in a combat zone, can postpone some tax deadlines. This includes automatic extensions of time to file tax returns and pay taxes.
2. Combat Pay Exclusion.  If you serve in a combat zone, you can exclude certain combat pay from your income. You won’t need to show the exclusion on your tax return because qualified pay isn’t included in the wages reported on your Form W-2, Wage and Tax Statement. Some service outside a combat zone also qualifies for this exclusion.
3. Earned Income Tax Credit.  You can choose to include nontaxable combat pay as earned income to figure your EITC. You would make this choice if it increases your credit. Even if you do, the combat pay remains nontaxable.
4. Moving Expense Deduction.  If you move due to a permanent change of station, you may be able to deduct some of your unreimbursed moving costs.
5. Uniform Deduction.  You can deduct the costs and upkeep of certain uniforms that regulations prohibit you from wearing while off duty. You must reduce your expenses by any reimbursement you receive for these costs.
6. Signing Joint Returns.  Both spouses normally must sign joint income tax returns. However, when one spouse is unavailable due to certain military duty or conditions, the other may, in some cases sign for both spouses, or will need a power of attorney to file a joint return.
7. Reservists’ Travel Deduction.  If you’re a member of the U.S. Armed Forces Reserves, you may deduct certain travel expenses on your tax return. You can deduct unreimbursed expenses for traveling more than 100 miles away from home to perform your reserve duties.
8. Nontaxable ROTC Allowances.   Educational and subsistence allowances paid to ROTC students participating in advanced training are not taxable. However, active duty pay – such as pay received during summer advanced camp – is taxable.
9. Civilian Life.  After leaving the military, you may be able to deduct certain job hunting expenses. Expenses may include travel, resume preparation fees and job placement agency fees. Moving expenses may also be deductible.
10. Tax Help.  Most military bases offer free tax preparation and filing assistance during the tax filing season. Some also offer free tax help after April 15.
You can learn more about these tax benefits in Publication 3, Armed Forces’ Tax Guide. The booklet is available on IRS.gov or you can order it by calling 1-800-TAX-FORM (800-829-3676).
Posted by Ron Greene, EA at 5:55 PM No comments: