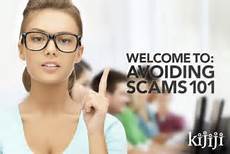 WASHINGTON — The Internal Revenue Service today warned taxpayers against telephone scammers targeting students and parents during the back-to-school season and demanding payments for non-existent taxes, such as the “Federal Student Tax.”
People should be on the lookout for IRS impersonators calling students and demanding that they wire money immediately to pay a fake “federal student tax.” If the person does not comply, the scammer becomes aggressive and threatens to report the student to the police to be arrested. As schools around the nation prepare to re-open, it is important for taxpayers to be particularly aware of this scheme going after students and parents.
“Although variations of the IRS impersonation scam continue year-round, they tend to peak when scammers find prime opportunities to strike”, said IRS Commissioner John Koskinen. “As students and parents enter the new school year, they should remain alert to bogus calls, including those demanding fake tax payments from students.”
The IRS encourages college and school communities to share this information so that students, parents and their families are aware of these scams.
Scammers are constantly identifying new tactics to carry out their crimes in new and unsuspecting ways. This year, the IRS has seen scammers use a variety of schemes to fool taxpayers into paying money or giving up personal information. Some of these include:
If you receive an unexpected call from someone claiming to be from the IRS, here are some of the telltale signs to help protect yourself.
The IRS Will Never:
If you get a suspicious phone call from someone claiming to be from the IRS and asking for money, here’s what you should do:
Posted by Ron Greene, EA at 1:16 PM No comments:

How Identity Theft Can Affect Your Taxes 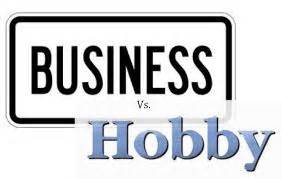 Millions of people enjoy hobbies. Hobbies can also be a source of income. Some of these types of hobbies include stamp or coin collecting, craft making and horse breeding. You must report any income you get from a hobby on your tax return. How you report the income from hobbies is different from how you report income from a business. There are special rules and limits for deductions you can claim for a hobby. Here are five basic tax tips you should know if you get income from your hobby:
Posted by Ron Greene, EA at 9:53 AM No comments:

Back to School? Learn about Tax Credits for Education

If you pay for college in 2016, you may receive some tax savings on your federal tax return, even if you’re studying outside of the U.S. Both the American Opportunity Tax Credit and the Lifetime Learning Credit may reduce the amount of tax you owe, but only the AOTC is partially refundable.

Here are a few things you should know about education credits:
Posted by Ron Greene, EA at 12:08 PM No comments:

How Selling Your Home Can Impact Your Taxes 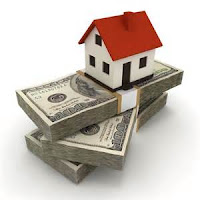 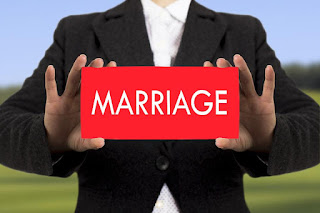 IRS Increases 'Marriage Penalty," Unmarried Cohabitants To Get Twice The Mortgage Interest Deduction
There are a thousand good reasons to never get married: in-laws, divorce attorneys, and the inevitable ravages of age on one’s attractiveness come immediately to mind.
But there are also significant tax hits that come with getting hitched, or as they’ve collectively been coined, the “marriage penalty.” For example, the 28% tax bracket kicks in at $91,150 of income if you’re single, but at only $151,900 — an amount basic math tells you is less than double $91,150 — for married taxpayers. In addition, single taxpayers start to lose 3% of itemized deductions when adjusted gross income exceeds $258,250; married taxpayers, however, will lose itemized deductions once adjusted gross income exceeds only $309,900. .
Late last week, the IRS exacerbated the marriage penalty by offering a very large reward for unmarried taxpayers who co-own a home: double the mortgage interest deduction available to married taxpayer.
In AOD 2016-02, the IRS acquiesced in the Ninth Circuit’s decision in Sophy v. Commissioner, in which the appeals court overturned a Tax Court decision and allowed a same-sex, unmarried, co-habiting couple to each deduct the mortgage interest on $1.1 million of acquisition and home equity debt. In reaching it’s conclusion, the Ninth Circuit determined that the mortgage interest limitation is meant to apply on a per-taxpayer, rather than a per-residence, basis. The AOD issued by the IRS confirms that the Service will follow this treatment Shutterstock
Let’s take a look at what this means:

Mortgage Interest Deductions, In General
Section 163(h)(3) allows a deduction for qualified residence interest on up to $1,000,000 of acquisition indebtedness and $100,000 of home equity indebtedness. Should your mortgage balance (or balances, since the mortgage interest deduction is permitted on up to two homes) exceed the statutory limitations, the mortgage interest deduction is limited to the amount applicable to only $1,100,000 worth of debt.
Now assume for a moment that you and your non-spouse lifemate/bookie/Japanese body pillow go halfsies on your dream house, owning the home as joint tenants. And assume the total acquisition mortgage debt is $2,000,000 and the total home equity loan $200,000, making total debt $2,200,000, with each of you paying interest on only your $1,100,000 share of the debt.

Are each of you entitled to a full mortgage deduction — since you each paid interest on only $1,100,000 of debt, the maximum allowable under Section 163 — or is your mortgage deduction limited because the total debt on the house exceeds the $1,100,000 statutory limitation?
In 2012, the Tax Court concluded that the answer was the latter. In Sophy v. Commissioner, this issue was surprisingly addressed for the first time in the courts (it had previously been addressed with a similar conclusion in CCA 200911007), with the Tax Court holding that the $1,100,000 limitation must be applied on a per-residence basis.
Thus, in the above example, even though the joint tenants each paid mortgage interest on only the maximum allowable $1,100,000 of debt, each owner’s mortgage interest deduction would be limited under the holding in Sophy because the maximum amount of qualified residence debt on the house — regardless of the number of owners — is limited to $1,100,000. Assuming the joint tenants each paid $70,000 in interest, each owner’s limitation would be determined as follows:
$70,000 * $1,100,000 (statutory limitation)/$2,200,000 (total mortgage balance) = $35,000
Instead of each owner being entitled to a full $70,000 interest deduction, the Tax Court concluded that the mortgage interest deduction was limited for both because the total debt on the house exceeded the statutory limits. The court reached this conclusion after examining the structure of the statute and determining that the plain language required the applicable debt limitation to be applied on a per-residence basis:
Qualified residence interest is defined as “any interest which is paid or accrued during the taxable year on acquisition indebtedness with respect to any qualified residence of the taxpayer, or home equity indebtedness with respect to any qualified residence of the taxpayer.” Sec. 163(h)(3)(A)
The court then added, “The definitions of the terms ‘acquisition indebtedness’ and ‘home equity indebtedness’ establish that the indebtedness must be related to a qualified residence, and the repeated use of the phrases “with respect to a qualified residence” and “with respect to such residence” in the provisions discussed above focuses on the residence rather than the taxpayer.

Ninth Circuit Reverses
In an illustration of how multiple smart people can look at the same set of facts and reach a different conclusion, late last year the Ninth Circuit reversed the Tax Court’s holding, deciding instead that the $1,100,000 limitation on qualified debt is determined on a per-taxpayer, rather than a per-residence basis.
Key to the Ninth Circuit’s decision was the statute’s treatment of married taxpayers who file separate returns for purposes of deducting mortgage interest. Section 163(h)(3) provides that “in the case of” a married taxpayer who files a separate return, the $1,000,000 limit on qualified residence interest and $100,000 of home equity interest are reduced to $500,000 and $50,000 respectively. The Ninth Circuit placed great emphasis on the use of the phrase “in the case of,” noting that it suggests an exception to the general limitations, and that aside from that specific exception, married taxpayers filing separately should be treated identically to married taxpayers under Section 163.
The statute gives each separately filing spouse a separate debt limit of $550,000 so that, together, the two spouses are effectively entitled to a $1.1 million debt, the same amount allowed for single taxpayers. Thus, the point of the language was to treat two married taxpayers who file separately the same as married taxpayers or a single taxpayer, which indicates that the limitations are to be applied on a per-taxpayer, rather than a per-residence basis.
Lastly, the court reasoned that if the limitation is to be applied on a per-residence basis, there would be no need to impose a 1/2 limitation on married couples filing separately. If the limit were indeed intended to be $1,100,000 per house, then married couples who live together but file separately would be forced to split the limit; there would be no need to add additional language to the statute to accomplish that result. If the $1,100,000 limitation is to be applied on a per-taxpayer, basis, however, the limiting language would serve a purpose, as it would prevent a married couple who files separately from deducting interest on a total of $2,200,000 and get twice the benefit of a married couple who files jointly.

Impact
The impact of Sophy and the Service’s subsequent acquiescence are a bit muted in the wake of the Supreme Court’s 2013 decision in Windsor and its 2015 ruling in Obergfell, which together represent a seismic shift in the treatment of same-sex couples for federal tax purposes. Going forward, same-sex couples who are legally married under state law will no longer be forced to file as unmarried taxpayers; rather, any couple that is married under state law, same-sex or otherwise, will only be permitted to file married filing jointly or married filing separately. In other words: same-sex couples — welcome to the marriage penalty!!
Cohabitation, of course, is not limited to same-sex couples, and so the Service’s decision to allow each taxpayer who co-owns a house to claim an interest deduction on the full $1,100,000 of debt — provided they are not married filing separately — should be a welcome one for many.
follow along on twitter @nittiaj
Posted by Ron Greene, EA at 9:25 AM No comments: