Tax refunds may get hit due to health law credits

WASHINGTON (AP) — Taxes? Who wants to think about taxes around Labor Day?

But if you count on your tax refund and you're one of the millions getting tax credits to help pay health insurance premiums under President Barack Obama's law, it's not too early.
Here's why: If your income for 2014 is going to be higher than you estimated when you applied for health insurance, then complex connections between the health law and taxes can reduce or even eliminate your tax refund next year.
Maybe you're collecting more commissions in an improving economy. Or your spouse got a better job. It could trigger an unwelcome surprise.
The danger is that as your income grows, you don't qualify for as much of a tax credit. Any difference will come out of your tax refund, unless you have promptly reported the changes.
Nearly 7 million households have gotten health insurance tax credits, and major tax preparation companies say most of those consumers appear to be unaware of the risk.
More than a third of tax credit recipients will owe some money back, and (that) can lead to some pretty hefty repayment liabilities. Two basic statistics bracket the potential exposure: The average tax credit for subsidized coverage on the new health insurance exchanges is $264 a month, or $3,168 for a full 12 months.
The average tax refund is about $2,690. Having to pay back even as little as 10 percent of your tax credit can reduce your refund by several hundred dollars.
Taxpayers whose incomes grew as the year went on should act now and contact HealthCare.gov or their state insurance exchange to update their accounts. They will pay higher health insurance premiums for the rest of this year, but they can avoid financial pain come spring. As time goes on, the ability to make adjustments diminishes.Taxpayers count on that refund as their biggest financial transaction of the year. When that refund goes down, it really has reverberations.
The Obama administration says it's constantly urging newly insured consumers to report changes that could affect their coverage. But those messages don't drive home the point about tax refunds.
"What probably isn't clear is that there may be consequences at tax time," said Ciaramitaro.
Aaron Albright, a spokesman for the Health and Human Services department, said the administration plans to "ramp up" its efforts.Concern about the complex connection between the health care law and taxes has increased recently, after the Internal Revenue Service released drafts of new forms to administer health insurance tax credits next filing season. The forms set up a final accounting that ensures each household is getting the correct tax credit that the law provides. Various factors are involved, including income, family size, where you live and the premiums for a "benchmark" plan in your community.
Even experts find the forms highly complicated, requiring month-by-month computations for some taxpayers.
Taxpayers accustomed to filing a simplified 1040EZ will not be able to do so if they received health insurance tax credits this year.
Some highlights:
—You may have heard that the IRS cannot use liens and levies to collect the law's penalty on people who remain uninsured. But there is no limitation on collection efforts in cases where consumers got too big a tax credit. If your refund isn't large enough to cover the repayment, you will have to write the IRS a check. "They are not messing around," Brandes said.
—Health insurance is expensive, and with that in mind, the repayment amount the IRS can collect is capped for most people. For individuals making less than $22,980 the IRS can only collect up to $300 in repayments. That rises to $750 for individuals making between $22,980 and $34,470. For individuals making between $34,470 and $45,960, the cap is $1,250.
For families, the cap is double the amount that individuals can be charged, but the income thresholds vary according to household size. An IRS table may help simplify computation, which is based on the federal poverty levels for 2013.
—There is no collection cap for households making more than four times the federal poverty level. They face the greatest financial risk from repayments, because they would be liable for the entire amount of the tax credit they received.
Those income thresholds are $45,960 and above for an individual, $78,120 and above for a family of three, and $94,200 for a family of four. Ciaramitaro says people facing that predicament should try to minimize their taxable income through legal means, such as putting money into an IRA. The IRS says it will work with taxpayers who can't pay in full so they understand their options.
—If you overestimated your income and got too small a tax credit for health care, the IRS will increase your refund.

Funneling health insurance subsidies through the income-tax system was once seen as a political plus for Obama and congressional Democrats. It allowed the White House to claim that the Affordable Care Act is "the largest tax cut for health care in American history."
But it also made an already complicated tax system more difficult for many consumers.
Posted by Ron Greene, EA at 10:31 AM No comments: 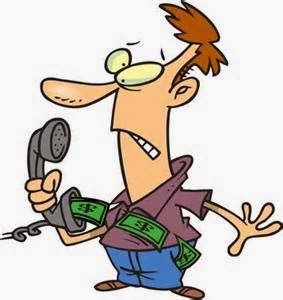 IR-2014-81, Aug. 13, 2014
WASHINGTON — The Internal Revenue Service and the Treasury Inspector General for Tax Administration continue to hear from taxpayers who have received unsolicited calls from individuals demanding payment while fraudulently claiming to be from the IRS.
Based on the 90,000 complaints that TIGTA has received through its telephone hotline, to date, TIGTA has identified approximately 1,100 victims who have lost an estimated $5 million from these scams.
"There are clear warning signs about these scams, which continue at high levels throughout the nation,” said IRS Commissioner John Koskinen. “Taxpayers should remember their first contact with the IRS will not be a call from out of the blue, but through official correspondence sent through the mail. A big red flag for these scams are angry, threatening calls from people who say they are from the IRS and urging immediate payment. This is not how we operate. People should hang up immediately and contact TIGTA or the IRS.”
Additionally, it is important for taxpayers to know that the IRS:
Potential phone scam victims may be told that they owe money that must be paid immediately to the IRS or they are entitled to big refunds. When unsuccessful the first time, sometimes phone scammers call back trying a new strategy.
Other characteristics of these scams include:
If you get a phone call from someone claiming to be from the IRS, here’s what you should do:
Taxpayers should be aware that there are other unrelated scams (such as a lottery sweepstakes) and solicitations (such as debt relief) that fraudulently claim to be from the IRS.
The IRS encourages taxpayers to be vigilant against phone and email scams that use the IRS as a lure. The IRS does not initiate contact with taxpayers by email to request personal or financial information. This includes any type of electronic communication, such as text messages and social media channels. The IRS also does not ask for PINs, passwords or similar confidential access information for credit card, bank or other financial accounts. Recipients should not open any attachments or click on any links contained in the message. Instead, forward the email to phishing@irs.gov.
For more information or to report a scam, go to www.irs.gov and type "scam" in the search box.
More information on how to report phishing scams involving the IRS is available on the genuine IRS website, IRS.gov.