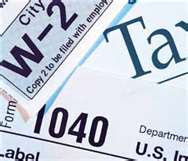 The Internal Revenue Service increased the number of fraudulent tax refund claims it detected and stopped during the 2011 tax-filing season by 171 percent over the previous year.
As of April 30, 2011, the IRS had identified 775,723 tax returns with $4.6 billion claimed in fraudulent refunds and prevented the issuance of $4.4 billion, or roughly 96 percent, of those fraudulent tax refunds, according to a new government report by the Treasury Inspector General for Tax Administration. That represents a 171 percent increase in the number of fraudulent returns identified during the same period in 2010.
“We are working diligently to identify and stop all fraudulent returns and achieved an increase of 171 percent over last year in the number of fraudulent returns identified,” wrote Richard Byrd Jr., the commissioner of the IRS’s Wage and Investment Division, in response to the report. “This was accomplished, in part, by improved identification and screening of prisoner tax returns. We anticipate that our expanded efforts in this area will have a long-lasting and significant impact in preventing the payment of erroneous or fraudulent refund claims.”
The IRS selected 199,854 tax returns filed by prisoners for fraud screening, representing a 256 percent increase compared to last year.
However, the IRS was unable to identify 140,596 taxpayers who erroneously claimed $140.2 million in tax credits due to processing errors. TIGTA identified several problematic credits, including the First-Time Homebuyer Credit, the Adoption Credit, the Nonbusiness Energy Property Credit, and the Plug-in Electric and Alternative Motor Vehicle Credit. In addition, 26,649 taxpayers had their Homebuyer Credit inaccurately processed, $5.8 million in repayment amounts was not assessed, and $675,063 in repayment amounts was erroneously assessed.
The findings were part of TIGTA’s review of the IRS’s performance during the 2011 filing season. The report noted that the IRS received 130.7 million individual income tax returns and issued approximately 98.2 million refunds totaling $277.1 billion during tax season this year.
“Overall, the IRS’s performance during the 2011 filing season has been successful,” said TIGTA Inspector General J. Russell George in a statement. However, he added, “The IRS continues to face challenges relating to First-Time Homebuyer Credit repayments, verification of the Adoption Credit, and several energy-efficiency tax credits.”
TIGTA made 14 recommendations to the IRS. The most significant recommendations were that the IRS ensure that taxpayers TIGTA has identified as erroneously claiming the credits and deductions are entitled to claim them, initiate a recovery program for erroneously paid claims, revise the programming for First-Time Homebuyer Credit repayments, and seek math-error authority for certain credits detailed in the report.
Byrd said that expanded math error authority could enable the IRS to respond more efficiently to fraudulent refund claims, and the IRS and the Office of the Chief Counsel would discuss the merits of obtaining it with the Treasury Department’s Office of Tax Policy. George said he was pleased that the IRS plans to seek math-error authority for several credits that TIGTA found to be problematic.
The IRS disagreed with only two of TIGTA’s recommendations involving the First-Time Homebuyer Credit. For the two disagreed recommendations, TIGTA said it continues to believe the IRS needs to take action related to its recommendation to establish a Homebuyer Credit Entity Section for each taxpayer who received the Homebuyer Credit rather than grouping information by primary and secondary Social Security Number. The report said the lack of IRS action could result in continued problems, with delays in refunds to some taxpayers.
On another issue involving installment repayments, the IRS also disagreed. TIGTA recommended that programming changes be made to prevent tax examiners from increasing an installment repayment amount without increasing the associated tax liability. The IRS disagreed, contending that systemically preventing tax examiners from increasing the installment repayment amount was undesirable because taxpayers may pay more than the required amount. However, TIGTA contended that the issuance of an alert would ensure that tax examiners accurately allocate installment repayments.